The management structure of ACOPS consists of a Chair of the Board, Trustees, a Social Media Manager and an Honorary President. Decisions are informed on the basis of consultation with associates, partners, specialists and other friends of ACOPS who compose ACOPS Consultative Council.

CHAIR OF THE BOARD – Youna Lyons 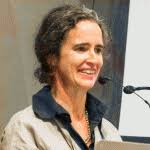 Youna Lyons focuses on marine environmental issues of global and regional ocean governance and especially on the interface of science, law and policy. Areas of particular interest include regional regime building for the protection of the marine environment, pollution from marine plastics, marine sensitive areas and threatened species, as well as Environmental Impact Assessments and the implementation of an ecosystem approach to marine policy and of coherent governance frameworks and mechanims.

She is a Visiting Associate Professor with the Ocean Law and Policy Programme of the Centre for International Law (CIL), National University of Singapore (NUS) where she focuses on Southeast Asia. Her dual expertise in international law and marine sciences uniquely positions her to integrate these fields for marine policy-making purposes and has led her to spearhead and coordinate several multidisciplinary research projects at CIL including the prospects for re-use of obsolete offshore installations as artificial reefs in Southeast Asia, sensitivity mapping for Singapore in the context of oil spill preparedness and response, the mapping of shallow features in the South China Sea and data extraction and database-making projects to better inform the protection of the marine environment in the region.

In addition to academic research work and publications, she supports and participates to global and regional intergovernmental meetings on the protection of the marine environment as an observer. She is also involved in the teaching of university students and training of government delegates. She has spent the last 12 years of her carrier in Asia and is, in parallel, completing a PhD with the Australian National Centre for Ocean Resources and Security (ANCORS) at the University of Wollongong titled ‘Identifying Sensitive Marine Areas in the South China Sea under International Law’.

Marie-Anne Dupin Vermersch is a partner at VisVires New Protein, a Singapore based VC fund which invests in sustainable and scalable solutions for the food and feed systems of the future. As Director of Research, she attends international conferences, connecting with entrepreneurs, academics and food industry players in order to identify environmental and health issues within the global food production system. She is a firm believer in the importance of science, technology and innovation in tackling such issues. At VVNP Marie-Anne has worked on a number of projects addressing the matter of sustainability, with strategic investments in companies aiming to reduce the consumption of single-use plastics, create sustainable alternatives to fishmeal in aquaculture, and provide optimised waste management systems in emerging countries.

Over the past 20 years, Marie-Anne has helped set up and contribute to several for-profit and non-profit projects dealing with social and environmental issues in the US, Kenya and Indonesia.

Marie-Anne’s acute awareness of the challenges posed by ocean pollution come from her own experiences in South East Asia, where the consequences of land-based marine pollution are a prevalent issue. In 2010, she also spent a year sailing around the globe with her family. During this time, she developed a deep appreciation for the sea and its beauty, and a real understanding of the importance of protecting it for generations to come. Sian Prior (PhD) specializes in interpreting marine science to support conservation and management policy development for advocacy purposes. Priority areas of work include ocean governance and ecosystem-based management in relationship to shipping and offshore industries, marine protected areas and fisheries management. She has over 30 years of experience contributing to a variety of international and regional marine management and conservation frameworks, including the International Maritime Organization and the Arctic Council. In addition to acting as an ACOPS Trustee, Sian advises the Clean Arctic Alliance and the Antarctic & Southern Ocean Coalition.

Philomène Verlaan (PhD) is an oceanographer and an attorney-at-law, member of the Florida Bar. She is a Visiting Colleague at the Department of Oceanography, University of Hawai’i.

As a scientist, Philomène’s research addresses the formation, biogeochemistry and related ecology of deep-sea ferro-manganese nodules and crusts. She has participated in 24 oceanographic research cruises and nine research submersible dives. As a law of the sea specialist, she focuses on marine mining and marine scientific research in supporting the environmentally and commercially responsible use of marine resources under the auspices of the United Nations Convention on the Law of the Sea.

Philomène has worked on the interface between marine science and marine law to assist international intergovernmental organizations (e.g., United Nations Environment Programme, Food and Agriculture Organization, International Maritime Organization, International Seabed Authority, Office of the London Convention, Global Environment Facility, Intergovernmental Oceanographic Commission) and international non-governmental organizations (e.g., Law of the Sea Institute, Rockefeller Foundation, Institute of Marine Engineering, Science and Technology, International Union for Conservation of Nature, Advisory Committee on Protection of the Sea, Pew Charitable Trusts), as well as individual governments, including participation in related multi-lateral treaty development and implementation. She is the author of over 60 refereed marine publications, has made over 50 invited presentations on marine topics, is a member of international learned marine professional societies (International Marine Minerals Society, Marine Technology Society, Society for Underwater Technology, Oceanography Society, Oceans Group of the World Commission on Environmental Law; she is a Fellow of the Institute of Marine Engineering, Science and Technology), has been a guest lecturer at the Rhodes Academy for Oceans Law and Policy, and serves as editorial associate for the journal Marine Georesources and Geotechnology and the International Journal of Marine and Coastal Law. 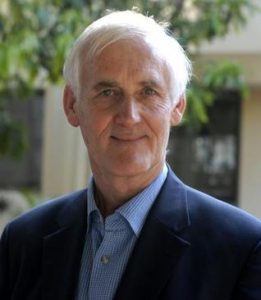 Lord Hunt’s current position is Visiting Fellow of the Malaysian Commonwealth Studies Centre in Cambridge University. He is a Fellow of Trinity College Cambridge and an Honorary Professor in the Department of Applied Mathematics and Theoretical Physics, University of Cambridge. He is also a J.M. Burgers Visiting Professor at the Delft University of Technology, Visiting Professor at Arizona State University, Pierre Fermat Visiting Professor in Toulouse (2007-2008), and Academic Director of the Lighthill Risk Network. He is Emeritus Professor of Climate Modelling in the Department of Earth Sciences, and Honorary Professor of Mathematics at University College London. He was Director-General and Chief Executive of the Meteorological Office from 1992-1997. He was created a Baron in the House of Lords (with the title Lord Hunt of Chesterton) in May 2000.

In 1986, Lord Hunt and his colleagues at the University of Cambridge formed a company – Cambridge Environmental Research Consultants Ltd (CERC) – which developed environmental software and, in collaboration with other organisations, a new air pollution dispersion model which is now the standard model for the UK Environment Agency. He has been Chairman of CERC since 2001.

While at the Met Office, Lord Hunt was elected to the Executive Committee of the World Meteorological Organisation. He was active in negotiating new international arrangements for the exchange of data to ensure that National Meteorological Services worldwide can continue to collaborate with each other at the same time as encouraging the commercial applications of meteorology worldwide. He lectured on behalf of the World Meteorological Organisation (WMO) at the UN World Conference on the International Decade for Natural Disaster Reduction in 1994, and on urban problems at Habitat II in Istanbul in 1996. He also worked at WMO to improve international warnings for disasters ranging from tropical cyclones to volcanoes and to emphasise urban meteorology. He actively promoted collaboration in Europe and was elected Chairman of the Informal Conference on West European Directors for 1994-95.

In the House of Lords, Lord Hunt sits on the Labour benches and has served on select committees on ‘Animal experiments for scientific procedures’ (2003), ‘Chips for everything’ (2004), ‘International Scientific Treaties’ (2004), ‘EU and Climate Change’ (2005), and the joint pre-legislative scrutiny committee on the Marine Bill (2008). 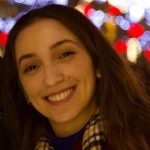 Catarina Santos studied Language, Literature and Culture for her undergraduate studies and is currently pursuing a master’s degree in the field of Cultural Studies. She has a particular interest in human cultures and the natural environment.

Her work for ACOPS consists in the exploration of the multifaceted nature of ‘ocean connections’ with humans and communicating it through social media. Catarina developed and manages ACOPS Instagram account @oceanconnections_byacops. This marine musing activity of ACOPS is built around a weekly theme of exploration and a Sunday meme to expose cultural aspects of ocean connections and connect people with the ocean along the way. y Esquivel is a professional graphic designer with a background in Hispanic Literature Studies and Service Management of Culture and Creativity industries. With a T-shaped profile that includes print, digital and point of purchase material, she has experience as a copywriter and visual designer for publishers, academic institutions and non-profit organizations. After more than six years working as a freelancer, she is now collaborating with projects that have a cultural and creative strike, with a philosophy of work that centers on humanitarian objectives.

Dr Dixon has spent a lifetime engaged in marine environmental protection activities in a variety of roles, from advising on national and inter-governmental marine management policies to organising and carrying out pollution surveys under the auspices of ACOPS. He is an adviser on marine management issues for the media including the BBC, CNN and Sunday Times. He has been equally active in helping business to address environmental performance and sustainability issues by establishing partnerships between environmental groups and employers’ organisations or trade associations. He has had over 100 papers published to date and his research has been recognised nationally and internationally by government departments and United Nations agencies.